Teaching members of the Lemba 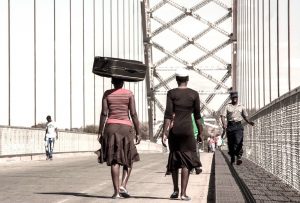 The art of Interpretation of the Torah, Prohets, Writings and New Testament, that is the new course which Lion Erwteman will be teaching in coordination with the leadership team  (Joseph Shulam, Yuda Bachana en Daniel Stern) of the Jewish Messianic congregation Netivyah in Jerusalem, Israel. He will teach this course via Zoom to church leaders in Zimbabwe. They are members of the Lemba tribe (see below).

Main goal: to understand that explanation is guided by motives; and see what motives those are. Our personal view of who G-d is and what He does greatly influence our interpretation of the Bible. Law, grace, man, woman, illness, suffering, death, baptism, that vision also puts filters in our heads and can prevent us from reading what it says, or what is meant. Knowledge of the society in which the New Testament came into being, and the completely different society and culture in which Moses lived, gets our attention, as we see it as our duty to making the Bible come into its own. 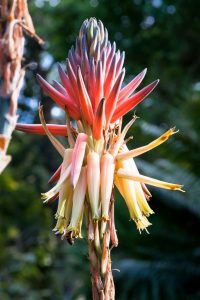 Among other things, we will look at the Paradise method (Pardes), which has been tried and tested for centuries and has proved successful in biblical interpretation, also called hermeneutics. We will look at examples of the same text in four levels of explanation, in order to transparently link theory and practice. And spiritual keys that you can use to produce meaningful and practical Bible explanations are presented in this course. The aim of the course is to provide you with tools with which you can handle texts that would otherwise remain closed. Questions that are addressed include: what is the main thrust of the Bible; and every book of the Bible. Overall, this course aims to allow each student to experience a whiff of the eternal fragrance of Paradise.

The Lemba tribesmen in southern Africa have had genetic testing performed by British scientists. These tests have revealed that many of the Lemba are of Jewish descent. They belong genetically to one of the lost tribes of Israel: Levi. The Lemba, a tribe of 70,000 to 80,000 members living in central Zimbabwe and northern South Africa, also have customs similar to those of the Jewish. Lemba does not eat pork or any other food prohibited by the Torah. Nor do they eat forbidden combinations of permitted foods. They wear skullcap-like headgear and they slaughter ritual animals. Once a week they have a holy day and they place a Star of David on their tombstones.

According to their oral tradition, the Lemba descend from seven Jewish men who lived 2,500 years ago 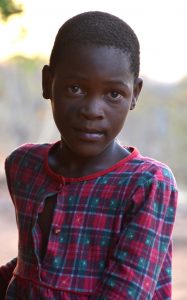 left Israel and married African women. The Lemba prefer that their children marry other Lembas; marriage to non-Lembas is discouraged. Their sacred prayer language is a mixture of Hebrew and Arabic. They operate a replica of the Biblical Ark of the Covenant known as the ‘ngoma lungundu’, meaning ‘the drum that thunders’. The object was recently put on display at a museum in Harare, Zimbabwe; and it has made many of the Lemba proud.

They say the ark was built nearly 700 years ago from the remains of the original ark, which the Bible says was used to hold the Ten Commandments. For decades this ancient sacred Ark was thought to have been lost until it was recently discovered in a storage facility in the capital Harare. The Buba are members of the priestly clan of the Lemba – one of 12 clans – who have a chromosome1), which is also found in the Kohanim, the Jewish priestly lineage worldwide. “This was amazing,” University of London professor Tudor Parfitt told the BBC. “It appears that the Jewish priesthood in the West was continued by people called Cohen, and similarly it was continued by the priestly clan of the Lemba.” Read this Israeli  newspaper article in Haaretz.

1) In 1997-1999, genetic researchers, among others Mark G. Thomas, Tudor Parfitt en David Goldstein (read American Journal of Human Genetics) found that there is a specific marker on the Y-chromosome, which paternally passes through the genome, called the Cohen Modal Haplotype. This set of genetic markers is found in nearly 50% of all Jewish men who identify themselves as Cohanim. It is found with nearly the same frequency in both the Ashkenazic and Sephardic Cohanim, even though these two major groups of Jews have been geographically separated for hundreds of years. The Cohen Modal Haplotype is only found in about 10% of the Levites and Israelites. It is nearly non-existent in non-Jewish populations.

In 1999 genetic data on the Lemba was collected by Tudor Parfitt, director of the Center for Jewish Studies at the School of Oriental and African Studies in London. He and his collaborators took genetic samples from men of six Lemba clans whose geographic range was from South Africa to Zimbabwe. Of these six clans, the Buba are notable as being the priestly clan. The genetic material was analyzed for the genetic markers that have been found in the Jews. Similar to the general Jewish population, the Cohen Modal Haplotype was found in nearly 10% of all Lemba men. In addition, the Cohen Modal Haplotype was found in nearly 50% of the men in the Buba tribe.