See below regarding Beth Yeshua and current leaders, aka founders

No services in our building in Amsterdam. We will make known any change in this corona situation!

Click here in orde to attend our live streaming.
Each Shabbat at 2 p.m.
English subtitles

Address of our building:
Veluwelaan 20 (corner with Betuwelaan), 1079 RA  Amsterdam.
At the southern border of Amsterdam. No need to enter the city in order to reach us!
DIRECTIONS to our building by car and train

Weekly Shabbat services, at 11.30 a.m.
No services at the moment until further notice.
Click here to watch our live streams in English, each Shabbat at 4 p.m.

Our services are open for members and non-members, Jewish and non-Jewish.
Language (besides songs and prayers in Hebrew): Dutch, with translation into
English

2021
ATTENTION: NO SERVICES IN AMSTERDAM YET 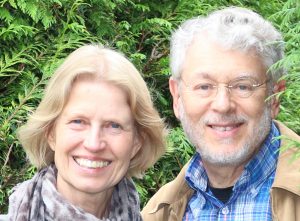 h Yeshua was established by Lion and Elze Erwteman on September 28 1991 (Sukkot!)

The congregation has public weekly services, celebrations of all Jewish holidays, Jewish education, fun activities, interesting lectures, courses, youth work, education, social-pastoral and financial care. Beth Yeshua works together and is closely associated with a large religious ordaining organisation in America and with leaders of congregations in the Netherlands and with Jewish Messianic congregations in Israel, especially the congregation of Netivyah (Roeh Israel), led by Joseph Shulam and Yuda Bachana (son-in-law of Lion and Elze Erwteman).